Santi’s Cake – The Yummies Spekkoek in the World

Christmas is the most wonderful time of the year. That is what people usually say during this festive season. Whether it is true or not, it depends on how you celebrate your Christmas this year. For me, I would rather stay in town as usual, spending time with my family which I have been lacking recently due to heavy workload.

Normally, we have a lot of cakes at home since people are start giving to each other, showing their care during Christmas especially to the closed one. As you know, I am keen on local-made product, not that fancy cake but the ordinary simple cake like Banana cake, Nastar, or Spekkoek will do good for me. 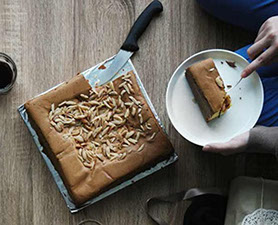 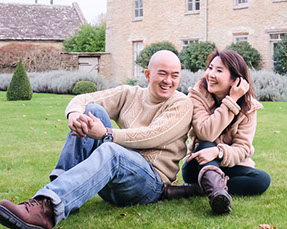 If you see from my Snapchat account (ID: myfunfooddiary), I rarely go out nowadays because I was busy in renovating the house lately. Fiuhh! And while my family members go out for exercise twice to three times a week, and some of my friends are on a diet, how about us? We eat this cake for breakfast or most of the time in one day because the cake is really good! So here, I want to share my enjoyment about this cake. We have enjoyed the cake samples from Spiku Kenari (Walnut Spekkoek) by Santi's Cake that we received a week ago. Even my mom, she liked it a lot! (Baca selanjutnya...) 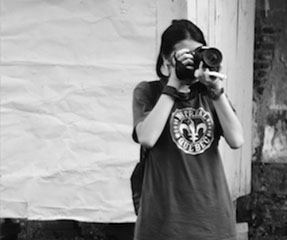 I DO WHAT I DO FOR THE FUN OF IT

Just as I got home, there was the mail man with a big box just in front of my house. I took a quick glance and spotted the word “makanan”, which is “food” in English. I was expecting for a delivery, either today or tomorrow, and turned out my package was delivered today. “Is it for Kinan,” I asked the mail man. He nodded and handed me the big box that had stickers on it that said, “URGENT” and “FOOD. DO NOT FLIP”. I went inside the house, excitedly opened the box, and was welcomed with two boxes of Santi’s Cake Spiku Kenari, woohoo!  (Baca selanjutnya...) 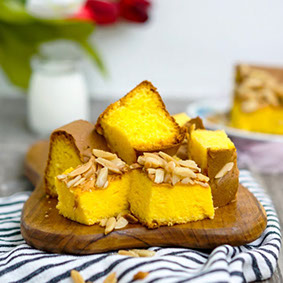 I don't know about you, but I'm a person who grew up eating a lot of Spiku Cake back then, it's been my family's favorite cake, especially, if it's made by my grandmother, gosh it was the best! But as time went by, I ate lesser and lesser of Spiku Cake since I didn't get to see my grandmother often (she lived in Pontianak), and I was introduced to many other type of cakes along the way. Now, I still eat Spiku Cake, but I haven't found any favorite until I stumbled upon this Spiku Cake that has been praised by a lot of my foodie friends.

Few days ago, we received some samples of Spikoe Kenari (Walnut Spekkoek) by Santi's Cake, a shop specializing in the said cake based in Surabaya, East Java. Santi's Cake itself is run by a family since 1999 and is apparently quite popular among spiku lovers, especially in Surabaya and Denpasar (they also have a branch in Denpasar as well), and probably all over Indonesia. 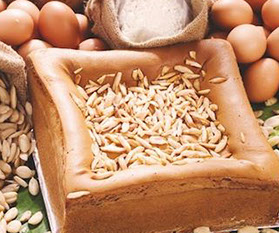 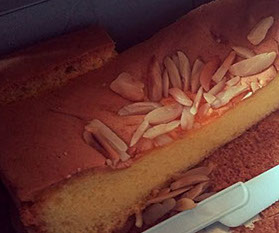